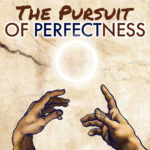 The Pursuit of Perfectness
Armando Diaz - And Then I Grew Up

This week on the pod we’ve got legendary improv instructor and founder of the Magnet Theater Armando Diaz!

Armando talks to us about his improv journey from Chicago to New York, where he became the Johnny Appleseed of New York improv theaters—from UCB in its earliest days, to the PIT, and finally to founding the Magnet (where your intrepid hosts Ellen and Dennis trained and flourished)!

Sure, this is a must-listen for improv philosophy and improv history nerds, but we’ve also got a lot to chew on for everyone else—including ruminations on what it means to come into your own and become an adult. Folks, this is a good one. But don’t take our word for it—listen now! 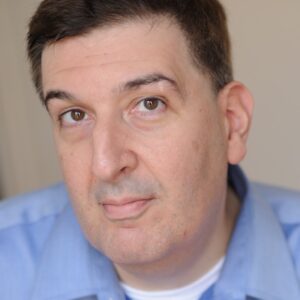 Armando is widely regarded as one of the best improv teachers in New York City and beyond. His list of teaching credits is a long one: the ImprovOlympic Theater, Victory Gardens Theater, The Upright Citizens Brigade Theater, NYU and Michael Howard Studios. He has trained dozens of actors who have performed or written for Saturday Night Live, Late Night with Conan O'Brien, Mad TV, and The Daily Show. A Chicago native, Armando studied improv under Del Close at the ImprovOlympic, Mick Napier at the Annoyance, and graduated from the Second City Conservatory. He performed in and helped create one of the most popular improvised longforms in Chicago, "The Armando Diaz Experience...." For the last decade, "the Armando" has been performed weekly in Chicago, and is now taught and performed in many other cities including Los Angeles and New York. In addition to writing and producing short films, Armando wrote sketches for the show Upright Citizens Brigade on Comedy Central, and has performed on Late Night with Conan O'Brien.

This week we have science writer Luis Enrique Sandoval Del Prado. Luis recounts the story of how a college drama department production of Beauty and the Beast helped him defeat the demon of negative self talk, and we talk more generally about creative expression and how it can help us manage stress.

All that, PLUS Ellen and Dennis do a science quiz Luis wrote about plants! How did we do? How many will you get right? Stick around and find out! (Watch out for the tomato question—everybody’s getting it wrong!) 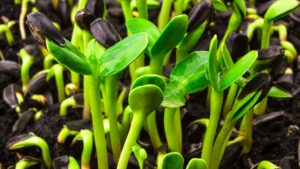 Luis is a writer for Cold Spring Harbor Laboratory in New York. He writes stories about the research and the scientists at the research institute. He has a Ph.D. in Molecular Genetics and Genomics from Washington University in St. Louis, where he studied the genetics of virus infection. He loves theater, improv, Hans Zimmer, being a nerd, making people laugh, frapps, and helping others.

Folks, this week we present our lovely chat with the wonderful Adam Wade. Adam is a 20-time Moth Story Slam winner (18 StorySLAM victories and 2 GrandSLAM Championships). He has toured across North America with The Moth Main Stage, and his stories have appeared on The Moth Radio Hour and The Moth Podcast. He’s also a Storytelling Instructor at the Magnet Theater.

We talk with Adam about the importance of making a connection with your audience–whether that’s 100,000 people in an opera house or five friends at a party. We also discuss the efficacy of consistent meditation, learning to appreciate the people who love you, and the value of being yourself.

This is a great one. Tell your friends. 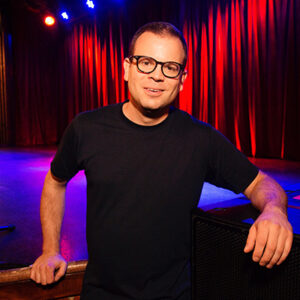 Originally from New Hampshire, Adam Wade is a 20-time Moth StorySlam Winner. His Audible Original bestseller You Ought To Know Adam Wade has over 10,000 reviews.
Adam has been a Storytelling Instructor at the Magnet Theater since 2010.

This episode we break down our second season, guest by guest and episode by episode, and try to see if we managed to take any lessons away.

Join us (Ellen and Dennis, natch) as we wax nostalgic about a truly fun and rewarding sophomore season. We made friends. We influenced people. We talked about tightening up the intro (and we never did). Dennis offered his half-baked theory about the two types of perfect. Ellen dropped some Aristotle, as she does.

Personally? I think this is a great jumping on point for new listeners! 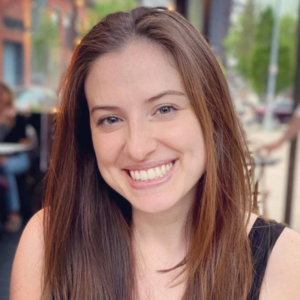 Ellen is a performer and teacher of improv at Magnet Theater in NYC, and co-host of the Let's Hear It Network Podcast, "The Pursuit of Perfectness".

What was it all about? Dennis and Ellen take a fond look back at Season 1 episode by episode and prepare to come roaring back in just three little weeks for an even bigger Season 2. Join us, won’t you?

This week the wonderful Amanda Rothman joins Ellen and Dennis to talk drama therapy, our need to take care of others (including, sometimes, our therapists), and how shame is a driving force behind perfectionism. They also go off on a tangent about The Matrix for … way? … too long? Is this officially a kung fu movie review podcast now? Maybe!

You can find Amanda Rothman on Psychology Today. Hire her!