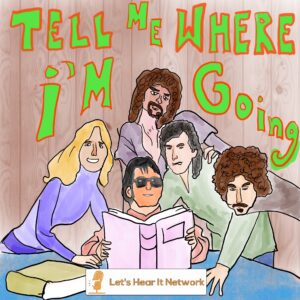 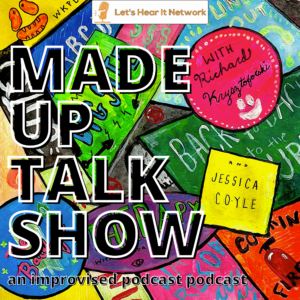 Some little description of a thing goes here and let me tell you, it is epic.

Let's Hear It
Dunk The Clown

The Traveling Wilburys fight for their lives and learn the secrets of the molten lava key.

Paul Ton surprises Richard and Jessica with The Family Business. In episode 604, we visit a small-town video rental store with so much more in store.

Just talking about feelings on the state of the union. Story episode next Friday.

Vanita Kumar clues us into her favorite (and only) podcast, 900 Day Fiancé. In episode 669, 900 Day Fiancé follows various couples as they fight, laugh, and most importantly, love.

Learn more about Vanita at https://magnettheater.com/people/vanita-kumar/ !

Chris talks about the new year and magical implications of the audience suggestion.

Paige Heimark draws us into her terrifying world with the Ghostcake Factory Podcast. In this episode, the kids tackle the Pittsburgh-adjacent Ross Park Mall Cheesecake Factory, with all its horrors.

We find out what happens to The Traveling Wilburys after they fell into a stuffed animal basement, what the groupies are up to, and how Eddie Money figures into all of this.